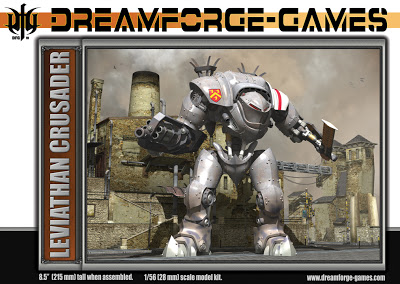 For a nice unboxing blog post, check out Mordian7th’s post here! I must say, I was really impressed at how the packaging was designed!!!

I’ve been following the production of this kit for a long time. Many moons ago, a good gaming mate of mine picked up his own (original resin) Crusader, and I was super impressed. I constantly asked him if I could buy it because it hadn’t received a coat of paint, but was repeatedly refused.

I contacted the manufacturer in February 2012, and asked Mark if there were ever plans to produce a cheaper plastic version of the model, only to receive a reply that the plans were already being carried out.  About every 3 months or so, I would see the kit on display at my friends house so I would email Mark and see how the model was coming along. I would receive a nice appreciative reply, that there was a new kit coming out around Gencon, and to keep an eye out. Finally, when the Kickstarter Campaign came around, I jumped on it and grabbed a Crusader with bonus Excalibur Combat Sword / Left Vulcan Cannon / Capacitor Coolers, and from Phase 2; Beowulf/Grendel Cannon Arm, Nova Cannon, Ripper Saw & Hel Cannon.

Here it is… it’s MASSIVE! 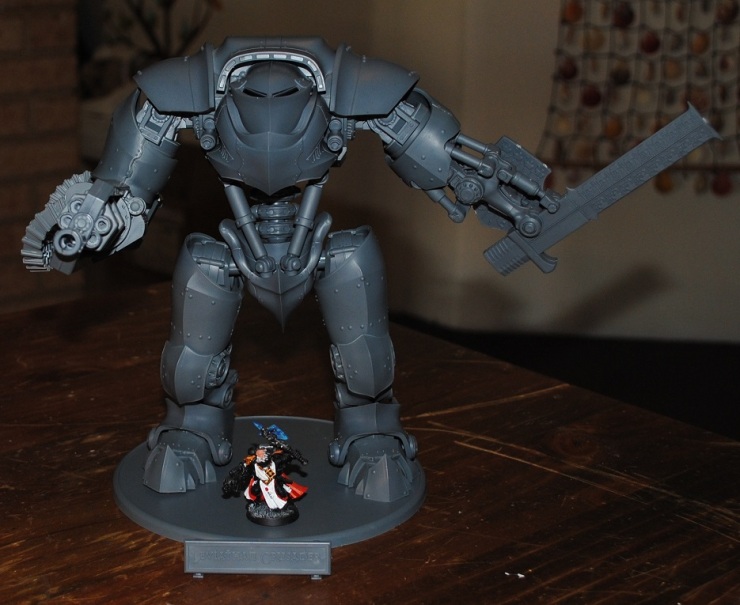 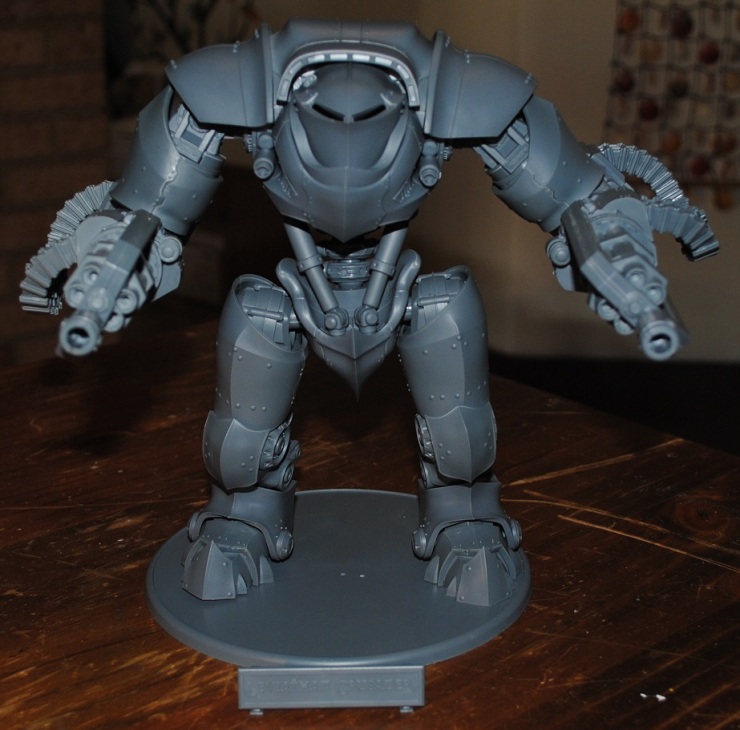 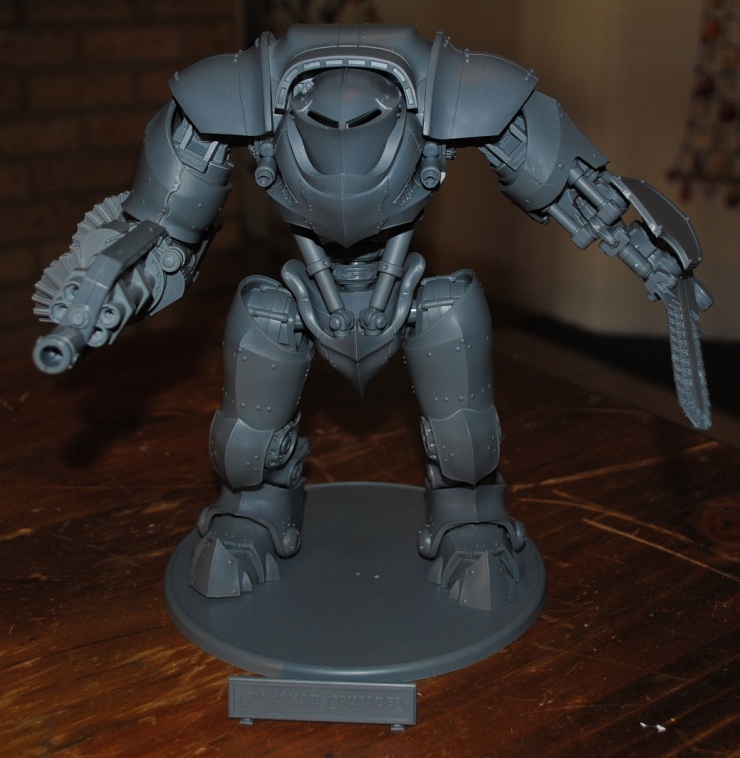 I use: The Army Painter

All copyrights, trademarks, logos, images and other such intellectual property referenced or linked to on Wazza's Hobbies or Mad about Minis are property of their owners. No challenge intended.
%d bloggers like this: